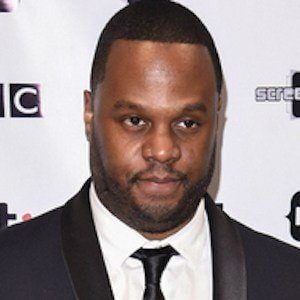 British actor and comedian known for the sketch comedy series The Javone Prince Show, which often looks at race relations in Britain. He also starred as Jerwayne in the show PhoneShop.

His first television appearance came in 2004 on the show Murder Prevention. He studied at the London Academy of Music and Dramatic Art.

He had a small role on Life's Too Short, a sitcom written by Ricky Gervais.

He and his siblings were raised by their mother, who immigrated from Jamaica to Britain as a teenager.

He appeared on Little Miss Jocelyn, which was hosted by Jocelyn Jee Esien, the first black woman in Britain to host a sketch comedy show.

Javone Prince Is A Member Of