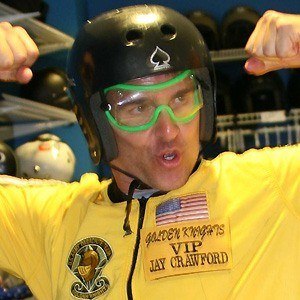 SportsCenter anchor who also became the host of First Take and 1st and 10.

He started his career as a sports director for a local TV station in Tampa, Florida.

He majored in Radio, Television, and Film at Bowling Green State University.

He grew up in Ohio rooting for the Cleveland Browns with his family.

He began working side by side with Chris McKendry on ESPN's SportsCenter.

Jay Crawford Is A Member Of