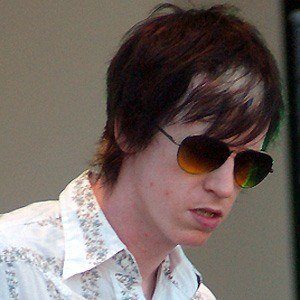 American singer-songwriter who has been in two music groups, Uncle Tupelo and Son Volt, before beginning his solo career in 2001. He released a score in 2003 for the independent film, The Slaughter Rule.

He first formed Uncle Tupelo in 1987 and they recorded three albums on Rockville Records before expanding and signing to Sire Records.

His one-time Uncle Tupelo bandmate, Jeff Tweedy, went on to form Wilco after they had a dispute.

He grew up in a family from Belleville, Illinois.

He worked with Ben Gibbard on the soundtrack for the 2009 documentary, One Fast Move or I'm Gone, which was about Jack Kerouac and his time in Big Sur.

Jay Farrar Is A Member Of