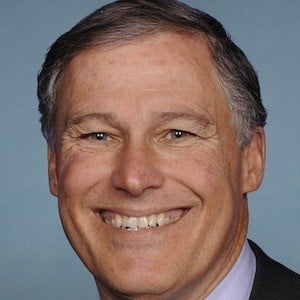 Politician and member of the Democratic party who became the 23rd Governor of Washington in 2013 after serving on the US House of Representatives from 1993 to 1995.

He attained a bachelor's in economics from the University of Washington before receiving his law degree from Willamette University College of Law.

He represented Washington's 4th district in the US House of Representatives from 1993 to 1995 and then represented it's 1st district from 1999 to 2012.

He has three sons with his wife Trudi, who he met while in high school.

Bill Clinton appointed him regional director for the United States Department of Health and Human Services in 1996.

Jay Inslee Is A Member Of