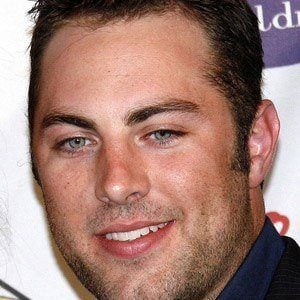 Son of pop psychology talk show host Dr. Phil who followed in his father's footsteps by writing the young adult self-help book Life Strategies for Teens. His other books include Closing The Gap: A Strategy for Bringing Parents and Teens Together and The Ultimate Weight Solution for Teens.

He studied psychology at the University of Texas. Later, he earned his law degree from Southern Methodist University.

He hosted the Fox home makeover show Renovate My Family.

He was raised alongside his brother Jordan. He married Playboy model Erica Dahm in 2006. Together, the couple had a daughter, Avery, and a son, London.

He served as executive producer of Andrew Ordon's television show The Doctors.

Jay McGraw Is A Member Of