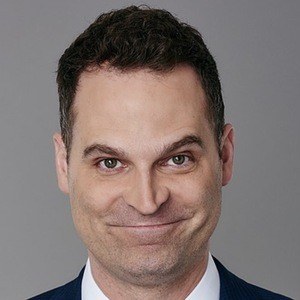 Canadian television host and sports anchor who worked as a co-host from 2003 until 2013 on the 1 AM edition of SportsCentre.

He attended Ryerson University and worked for TSN in 1996 as an editorial assistant.

He won a Gemini Award in 2011 for Best Sportscaster.

He grew up with his family in Calgary, Alberta, Canada.

Another Canadian sports television show host like him is Ron MacLean.

Jay Onrait Is A Member Of