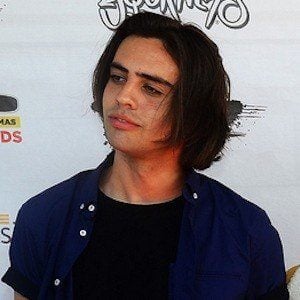 Lead vocalist and bassist of the Sydney born band With Confidence. The band has released two successful EPs titled Youth, in 2013, and Distance, in 2015.

He formed With Confidence with drummer Josh Brozzesi and former member Samuel Haynes while they were in high school together in 2012. Shortly after Inigo Del Carmen joined and they began posting videos to YouTube.

After signing to Hopeless Records, With Confidence released the single and music video "We'll Be Okay."

He and the rest of With Confidence have supported 5 Seconds of Summer members Luke Hemmings, Calum Hood, Ashton Irwin, and Michael Clifford.

Jayden Seeley Is A Member Of