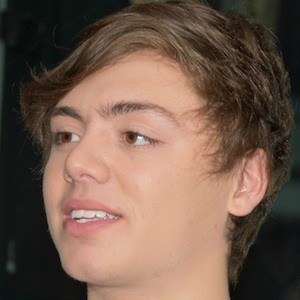 Singer best known as one fifth of the boy band The Collective formed during the fourth season of the hit reality spin off the X Factor Australia. In 2015, the band announced their break up to pursue solo careers.

He and the rest of his Collective bandmates auditioned for the X Factor as soloists in 2012. He was inspired to audition by former contestants Reece Mastin and Christina Parie.

Before auditioning for the X Factor, he spent two seasons performing with Opera Australia.

He is from Camden, New South Wales. He has a younger sister. He has performed music with his cousin Jack Sierra. He began dating Tayla Lemon.

He was joined in The Collective by Trent Bell, Will Singe, Zach Russell, and Julian De Vizio.

Jayden Sierra Is A Member Of