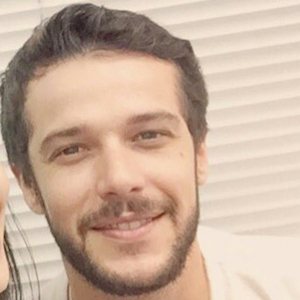 Brazilian actor who is known for appearing in the television shows Escrito nas Estrelas in 2010 and the 2011 series Cordel Encantado. He is also known for his social media presence and shares behind the scenes shots from his films and other lifestyle content for his over 550,000 Instagram followers.

He first began his acting career in 2009 when he starred in Maysa: Quando Fala o Coracao where he played Jayme Monjardim. He made his feature film debut in 2010 where he played Paulo in A Suprema Felicidade.

He is also known for appearing in music videos as well including for the band Zignal and their song Primeira Namorada.

He is the grandson of Andre and Maysa Matarazzo who were also popular Brazilian actors.

He starred alongside Bianca Bin and Caua Reymond in the 2011 television show Cordel Encantado.

Jayme Matarazzo Is A Member Of