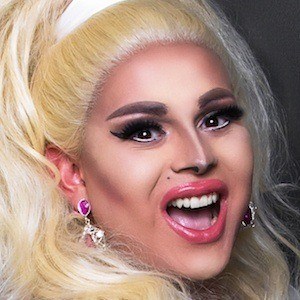 James Wirth, aka Jaymes Mansfield, is a drag performer who gained fame competing on the ninth season of RuPaul's Drag Race.

An artist before he was a drag queen, his artwork has been shown in galleries like the Milwaukee Art Museum.

He vlogs about drag history on his Jaymes Mansfield YouTube channel.

His real name is James Wirth. He is a native of Milwaukee, Wisconsin.

His drag persona was inspired by Marilyn Monroe and Jayne Mansfield.

Jaymes Mansfield Is A Member Of