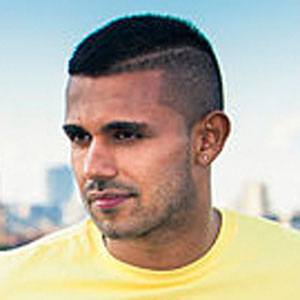 Musician in the Folkhop genre known for dance floor hits like "Theke-Wali." He has albums such as Groundshaker 2, JD and Pieces of Me.

His father, Viccar Dhami, was a member of the group Sangam during the 80's.

He collaborated with rapper Honey Singh on the hit song "High heels."

Jaz Dhami Is A Member Of