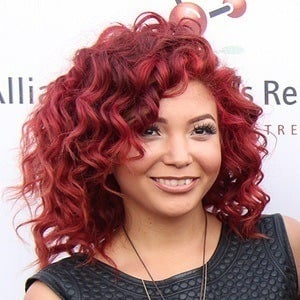 2016 addition to the all girl trio G.R.L. who made her first public appearance as the third member of the group at Nickelodeon's Slimefest in Australia. Her first single with the trio is titled "Kiss Myself."

She previously performed in a group called Mejia Sisters alongside her two sisters.

She was able to join G.R.L. following the group's hiatus after the tragic death of their band mate Simone Battle. She has been a guest on the show Christina Milian Turned Up.

She is half African American and half Mexican. She has siblings named Taylor and Natalie.

She performs alongside Lauren Bennett and Natasha Slayton in G.R.L.

Jazmine Mejia Is A Member Of