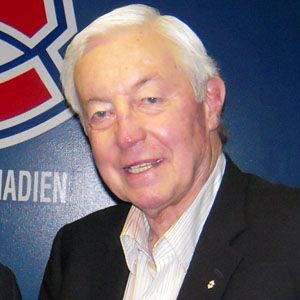 NHL Hall of Fame center who won 10 Stanley Cup Championships while part of the dynastic Montreal Canadiens in the 1950s, '60s and '70s.

He was spotted and signed to a deal by a Canadiens executive, despite protestations from his father.

After retiring from playing hockey, he became an executive for the Canadiens and helped them win seven more Stanley Cups.

He fathered one child with his wife of more than 50 years, Elise.

He was on the game show, "To Tell the Truth," hosted by Bud Collyer.

Jean Beliveau Is A Member Of