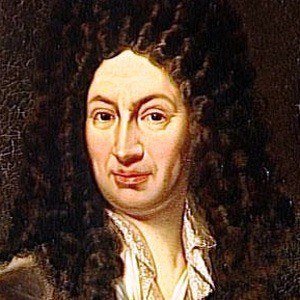 He studied French literature and also learned Japanese and Spanish in preparation for work as a tutor.

He was one of the founding members of the Academie Francaise.

His father wanted him to pursue the practical career of a notary, but his mother supported his literary interests.

He and Alfred de Musset were both French poets.

Jean Chapelain Is A Member Of