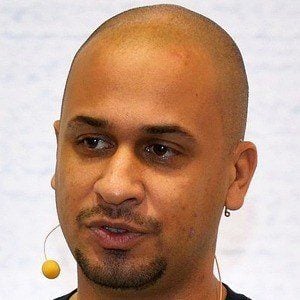 Television star and YouTube host who rose to fame on the automotive series The PS-professionals. He has also hosted his own automotive YouTube channel JP Performance which has earned more than 1.9 million subscribers.

Interested in machinery from and early age, he took an apprenticeship as an automotive salesman at Porsche after high school.

In 2016, he began a comedy career with the debut tour PS: Ich Liebe Euch.

He is the son of a German and a Bahamian.

He has worked with a variety of stars from fellow television hosts to race car drivers like Ken Block.

Jean Pierre Kraemer Is A Member Of