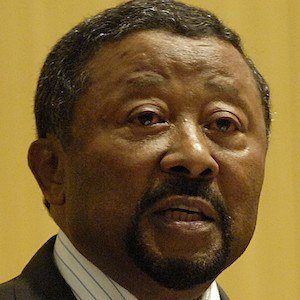 Gabonese-Chinese politician known for his time as the Chairperson of the African Union, a position he held from 2008 to 2012.

After attending the University of Paris and completing a doctorate in economics, he started working for UNESCO.

He's also served as the Foreign Minister of Gabon, President of the UN General Assembly, and ambassador to France.

His father was Cheng Zhiping. He was born in what was then French Equatorial Africa.

Jean Ping Is A Member Of