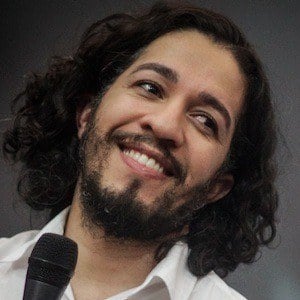 Politician, journalist, and reality television personality who is recognized for having been a housemate on the fifth season of Big Brother Brasil. As a politician he was Brazil's second openly gay member of parliament.

He studied journalism at the Federal University of Bahia.

He was the subject of the 2016 documentary film Entre os Homens de Bem.

He is the son of Inalva de Matos Santos and José Dias dos Santos.

Both he and Vanessa Mesquita have competed on Big Brother Brazil.

Jean Wyllys Is A Member Of