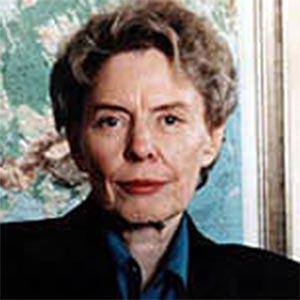 The first female to hold the position of American Ambassador to the United Nations who was a fervent supporter of Ronald Reagan's anticommunism. She was pivotal in directing U.S. policy in Central America during the 1980's.

In her college days she was a member of the Young People's Socialist League, but grew disappointed over its infighting.

Her 'Kirkpatrick Doctrine' held that the U.S. should support even dictators abroad if they were opposed to communism, since those dictators might convert to democracy by example.

She was born in Duncan, Oklahoma, her father an oilfield wildcatter. She was married to Evron Maurice Kirkpatrick from 1955 until 1995 and they had three sons together.

She was a consistent opponent of George Bush's intervention in the Arab-Israeli crisis, saying any efforts were doomed to failure.

Jeane Kirkpatrick Is A Member Of