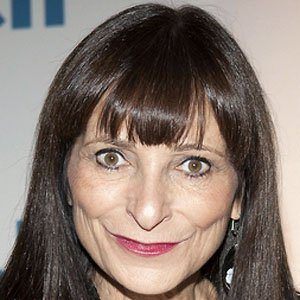 Known for such fashion-themed books as Strutting It!: The Grit Behind the Glamour and Jeanne Unbottled: Adventures in High Style, this author and Toronto Star columnist also became popular among Canadian television viewers for hosting the CTV network's FashionTelevision program.

After appearing in the late 1960s sitcom Toby, she received further acting training at York University and went on to take mime classes in Paris, France. Upon returning to her native Canada, she secured an entertainment reporter position with CBC Radio.

In 2010, she created a clothing line called "Edit by Jeanne Beker."

The daughter of Polish Holocaust survivors, she grew up in Toronto, Ontario, Canada. Her marriage to radio host Bob Magee resulted in two daughters.

Jeanne Beker Is A Member Of