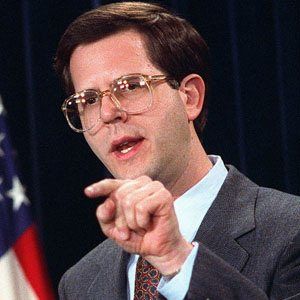 An American journalist who worked as a television correspondent for NBC News.

He graduated from Stanford University and began his career in local news with the Casper, Wyoming television station KTWO.

He was outed as gay by Michelangelo Signorile in August 1991.

He has never married.

He was hired as press secretary and legislative assistant by U.S. Representative Dick Cheney.

Pete Williams Is A Member Of