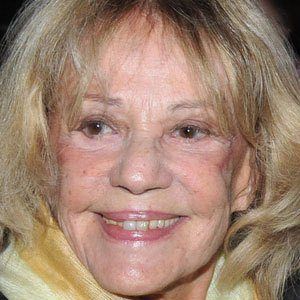 Classic French beauty queen who had many movie credits and became known for her work in Jules et Jim and won a BAFTA Award for Best Foreign Actress.

She studied acting at the Conservatoire de Paris.

She won a Caesar Award for Best Actress.

She starred in the film Elevator to the Gallows, which was directed by Louis Malle.

Jeanne Moreau Is A Member Of

I Love You, I Love You Not
Born In 1928
Movie Actresses
First Name Jeanne