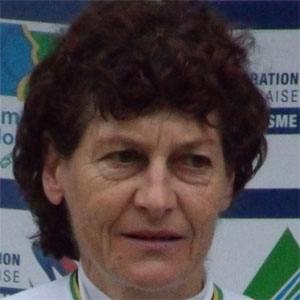 One of the greatest female road cyclists ever, she has won more than a dozen world championships, and took home a gold medal at the 1996 Olympics.

She grew up as a dedicated skiier, and didn't switch to cycling until she was in her twenties.

In 2011 she was accused of having used performance enhancing drugs throughout her career, and a long investigation followed.

She married her coach, Patrice Ciprelli.

At her first Olympics, future cyclist Nicole Cooke was one-year old; at her final Olympics, she lost to Cooke, who won the gold medal.

Jeannie Longo Is A Member Of