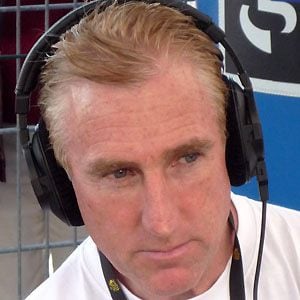 A retired Irish road cyclist who was one of the most successful cyclist of the 1980's.

He dropped out of school at age 13 to help on the family farm after his father fell ill.

He was named "John" after his father but was referred to as "Sean" to avoid confusion in the house.

He and Bradley Wiggins have both won the Paris-Nice race.

Sean Kelly Is A Member Of