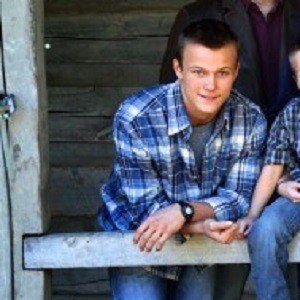 Famous as a part of The Willis family, a 14-member family who went by the name The Willis Clan when they performed on season 9 of America's Got Talent as a family band. He plays the bass in the band. The family landed a reality series on TLC that began in 2015.

He won seven state championship titles as a wrestler in the styles of Greco-Roman, freestyle, and folk.

He is capable in Irish, swing, and ballroom dancing.

He is the sixth oldest child of the family born to parents Toby and Brenda Willis. His siblings are Jessica, Jeremiah, Jennifer, Jeanette, Jackson, Jasmine, Juliette, Jamie, Joy Anna, Jaeger, and Jada.

He performs alongside his brother, guitarist Jackson Willis, in The Willis Clan.

Jedidiah Willis Is A Member Of