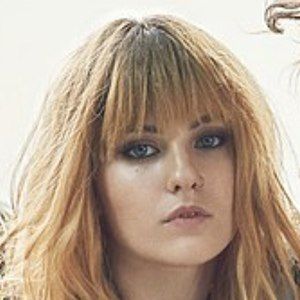 Bassist best known as a member of the Italian pop-rock band Måneskin. Her band performed on The X Factor Italy in 2017 and released their debut LP, Chosen, in December of that year. The group also won the Eurovision Song Contest in 2021.

She got her start playing guitar at age 8. She attended music school and began playing bass in the 7th grade.

She has gained significant attention for her glam rock-inspired style choices and currently has around 3.3 million Instagram followers.

Her mother's name is Jeanett and she has a sister, Veronica.

She has been bandmates with vocalist Damiano David in Måneskin.

Victoria de Angelis Is A Member Of