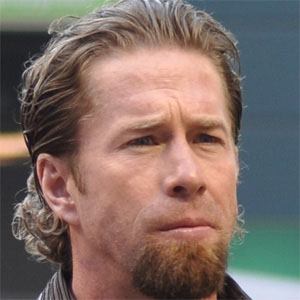 4-time MLB All-Star first baseman who spent his entire 15-year career with the Houston Astros. He was named NL Rookie of the Year in 1991 and NL MVP in 1994. He hit .297 with 449 home runs over the course of his career and he was elected into the Baseball Hall of Fame in 2017.

At Xavier High School, he played baseball, basketball, and soccer. He was a 4th round pick of the Boston Red Sox in the 1989 MLB Draft.

He was acquired by the Astros in a 1990 trade with the Red Sox that is widely considered one of the most lopsided deals of all-time. In the deal, the Red Sox received relief pitcher Larry Andersen, who would only pitch 22 innings for the team.

He married his second wife, Ericka Rodriguez, in 1997.

In 1994, he became the first National Leaguer to finish in the top two in batting average, home runs, RBIs, and runs scored since the legendary Willie Mays in 1955.

Jeff Bagwell Is A Member Of