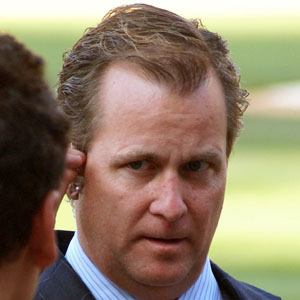 Former pitcher who pitched in the major leagues from 1988 to 2001. He later became known as the color commentator for Cincinnati Reds games on the Cincinnati Reds Radio Network.

He was a quarterback at W. A. Berry High School, where he led the team to an Alabama state title.

He made his lone All-Star team in 1996, when he recorded an NL-leading 44 saves as a member of the Reds.

He has children named Elizabeth, Mason, Emily and Murphy.

He has worked alongside Cincinnati broadcasting legend Marty Brennaman on the Reds radio broadcasts.

Jeff Brantley Is A Member Of