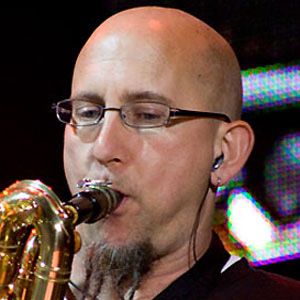 Three-time Grammy Award-winning member of Bela Fleck and the Flecktones who has also played with the Soul Rebels Bass Band.

He started playing alto saxophone when he was in fifth grade and graduated from the University of North Texas with a B.A. in Music Education.

He is a huge advocate of public school music programs and teaches while on the road.

He was born in Massachusetts but moved to Maine when he was very young.

Coffin started touring with Dave Matthews Band in 2008 and joined the band officially the following year.

Jeff Coffin Is A Member Of