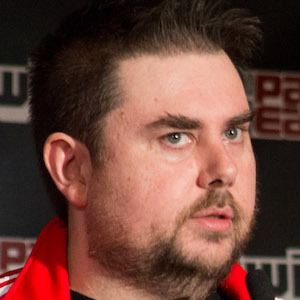 Video game journalist known for being the cofounder of the website Giant Bomb. He'd previously served as the editorial director of GameSpot, a position he was fired from in 2007.

He started working as a video game journalist in his late teens before landing an internship at GameSpot in 1996.

He eventually revealed that he was fired from GameSpot for giving the game Kane & Lynch: Dead Men a negative review.

He appeared on Good Morning America with Diane Sawyer in 1999 during the launch of the Sega Dreamcast.

Jeff Gerstmann Is A Member Of