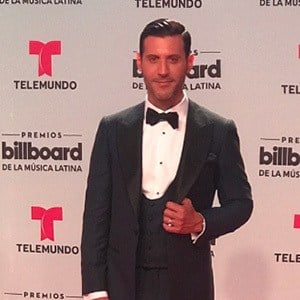 Fashion correspondent who rose to fame working as a reporter for the Telemundo network. He worked on the shows Al Rojo Vivo and Un Nuevo Día, for which he won an Emmy Award in 2016.

He worked as a fashion model and also as a correspondent for television networks like Telehit and Azul before joining Telemudo and moving to the United States.

He was dismissed from Telemundo in 2018 during a series of layoffs at the company.

He also worked as a celebrity stylist for Hispanic television personalities like Mónica Noguera, Carmen Dominicci and Jorge Bernal.

Quique Usales Is A Member Of