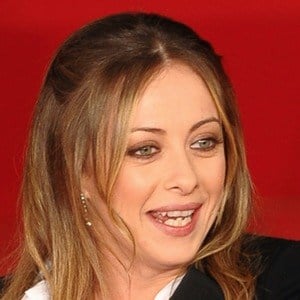 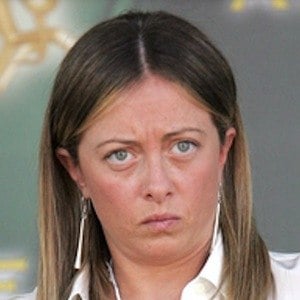 Italian politician and journalist who's best known as the leader and co-founder of the Italian national conservative party, Brothers of Italy.

She has worked as a nanny, waitress, and bartender.

She was elected in the Italian Chamber of Deputies in the 2006 general election.

She's the daughter of Francesco Meloni and Anna Paratore. She has a sister named Arianna.

She served as Minister of Youth in Silvio Berlusconi's fourth government in 2008.

Giorgia Meloni Is A Member Of