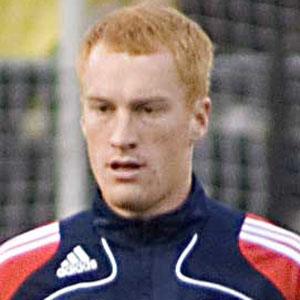 American midfielder who won an MLS Cup with the Colorado Rapids in 2010. He joined the Chicago Fire in 2013 after spending two years with the Rapids.

He won the Lamar Hunt U.S. Open Cup with the New England Revolution in 2007.

He was born to Ron and Margie Larentowicz.

He joined Landon Donovan on the US national team in 2011.

Jeff Larentowicz Is A Member Of