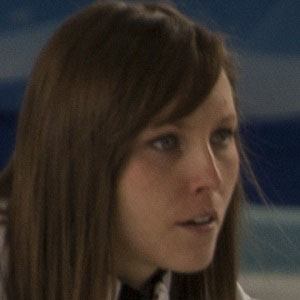 Canadian curler who served as the skip of the Canadian national team which won the Scotties Tournament of Hearts in 2013 and 2014. At the latter tournament, she earned the Sandra Schmirler Most Valuable Player Award with a shooting percentage of 90%. She went on to serve as the skip for Canada's curling team at the 2018 Winter Olympics.

She was born in Ottawa, Ontario excelled at the bantam level, winning four straight bantam championships from 2003 to 2006.

She earned a degree in Human Kinetics from the University of Ottawa in 2011 and began working as a trainer for trainer for GoodLife Fitness.

Her brother Mark Homan is also a curler. In 2016, she married Shawn Germain. She was in a relationship with Swedish curler Fredrik Lindberg.

She won gold at the 2007 Canada Winter Games alongside teammate Jamie Sinclair.

Rachel Homan Is A Member Of