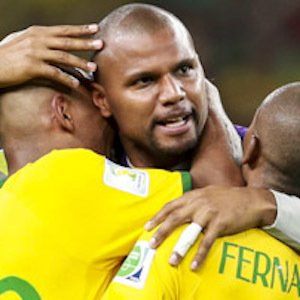 Goalkeeper who was born Jefferson de Oliveira Galvao. He played for Trabzonspor in the Turkish Super Lig from 2005 to 2008 and joined the Brazilian national team in 2011.

He debuted professionally with the Brazilian team Cruzeiro in 2001.

He entered his first World Cup competition with Brazil in 2014.

He was born in Sao Vicente, Sao Paulo, Brazil.

He became teammates with star defender Dani Alves on the Brazilian national team in 2011.

Jefferson Is A Member Of