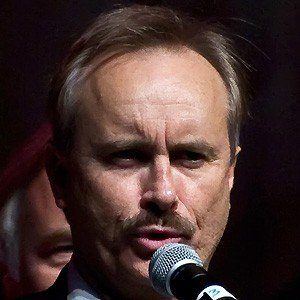 Played the role of psychotic Dr. West in Re-Animator and also played more than half a dozen different characters in the Star Trek franchise TV series.

He spent four years performing at regional theaters in San Diego and Tucson after studying acting at the University of Washington in Seattle.

He had roles in many supernatural films, including The Frighteners, The Pit and the Pendulum, and the 1999 remake of House on Haunted Hill.

He was the middle child of a large family in Lompoc, California.

He also voiced a number of DC Universe characters, like The Question in Justice League Unlimited, which also had Glenn Shadix voicing Steven Mandragora.

Jeffrey Combs Is A Member Of

Transformers: Prime
Would You Rather
66 Year Olds
TV Actors