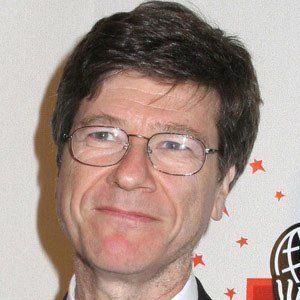 An economics expert and Columbia University professor, he authored three New York Times bestselling books. His popular works include The End of Poverty (2005), Common Wealth (2008), and The Price of Civilization (2011).

He received both his undergraduate degree and his Ph.D. from Harvard and became a professor of economics at the university at the young age of twenty-eight. He later became the director of Columbia University's Earth Institute.

He was twice named to Time Magazine's 100 Most Influential People in the World list.

He was born in Michigan to Joan Abrams Sachs and attorney Theodore Sachs. With his wife, Sonia Ehrlich Sachs, he had three children: Lisa, Adam, and Hannah.

He and Nelson Mandela were both included on Time Magazine's 100 Most Influential People list.

Jeffrey Sachs Is A Member Of