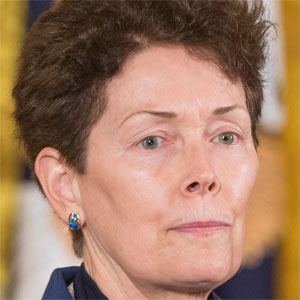 American teacher who has written about children's science and is the co-founder of the science education company Sally Ride Science.

She was an avid tennis player in her youth and played professionally from 1971 until 1974.

She was the publisher of the Women's Tennis Association newsletter for many years in the 1970s.

She was the life partner of astronaut Sally Ride who was the first American woman to go to space from 1985 until Ride's death in 2012.

She was in a relationship with astronaut Sally Ride from 1985 until 2012.

Tam Oshaughnessy Is A Member Of