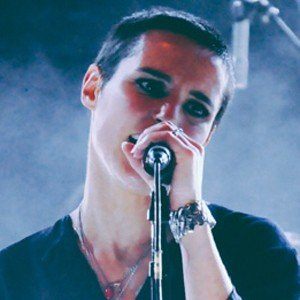 French indie rock singer first known as a member of the duo John & Jehn. She would go on to front the English outfit Savages in 2011 and co-found Pop Noire records.

Her band Savages is known for popular albums like Silence Yourself and Adore Life, both of which charted in the top 40 on the UK charts after their release.

Her real name is Camille Berthomier. She has had a long-running relationship with collaborator Nicolas Congé, better known as Johnny Hostile.

Jehnny Beth Is A Member Of