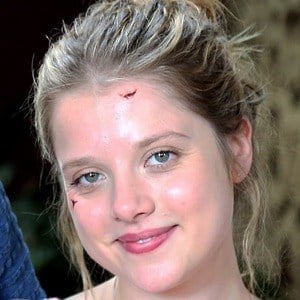 German film actress renowned for her roles in Kriegerin and and Lollipop Monster, the former of which earned her a Best Young Actress at the 2012 Bavarian Film Awards. Other film credits include Polizeiruf 110 and Kidnapping Stella. She has also appeared in television series like The Team and Alpha 0.7 - Der Feind in dir.

She began acting at a young age appearing in theater productions. Then, in 2009, she made her screen debut in Der letzte Rest at the age of fifteen.

She was named Best Young Actress at the Günter Strack TV Awards for her role in Polizeiruf 110 in 2013.

Her mother is a dentist.

Jella Haase Is A Member Of