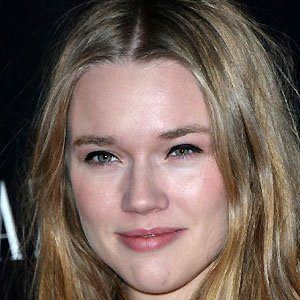 Anglo-French actress known for playing Rose on the series Maison close. She also played Vittoria in The Borgias.

She made her entertainment debut with a small role at age 10 in the 1999 film The Messenger: The story of Joan of Arc.

She has also had recurring roles as Cassidy on 15/Love and Liselott on Ben et Thomas.

She grew up in Paris, France. She was raised by her father who was an accountant and her mother, a business interpreter.

She starred in The Mortal Instruments: City of Bones with Robert Sheehan.

Jemima West Is A Member Of