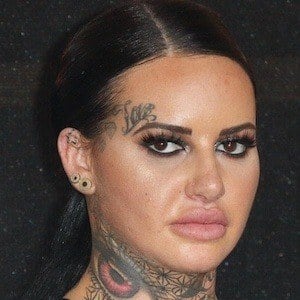 MTV UK reality television personality who appeared on series 3 and 5 of Ex on the Beach. She is also an international tattoo model.

She was featured on TV for the first time in 2005 on a show called Brat Camp.

She previously dated Ex on the Beach co-star Stephen Bear. She also used to date David Hawley. She gave birth to her daughter in May 2019.

She appeared on the short-lived show Signed by Katie Price.

Jemma Lucy Is A Member Of