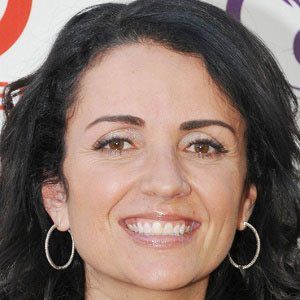 She had been working with Jeff Lewis for many years before Flipping Out premiered.

She is an actress, comedienne, and rapper who released the children's album "Old School Kids Beats" in March 2013. Also a writer, she published her book Grin and Bear It: How to Be Happy No Matter What Reality Throws Your Way in March 2014.

She married Jonathan Nassos in 2012. Their daughter Alianna Marika's birth premiered on Flipping Out in 2013. In June 2017 she welcomed her second daughter, Georgia Grace.

She has appeared as a guest multiple times on the Wendy Williams Show.

Jenni Pulos Is A Member Of