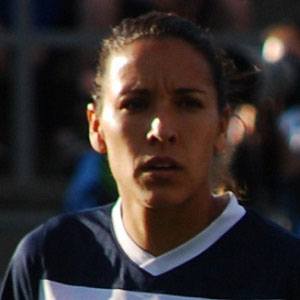 Mexican-American soccer player who debuted for Mexico in 2003 and represented her country in the 2015 FIFA Women's World Cup. She previously won a Mountain West Conference championship while attending the University of Nevada, Las Vegas, where she was an All-MWC First-Team selection.

She was born in Anaheim, California and was named the 2001 Corona-NorCo District Athlete of the Year while attending Corona High School. In 2000, she led the Southern California Blues Under-16 team to a national title.

During the two years between her graduation from UNLV and her professional debut, she taught in the inner city of Los Angeles, California.

She married Kevin Williams. She has children.

She was teammates with Nayeli Rangel on the Mexican national team at the 2015 FIFA Women's World Cup.

Jennifer Ruiz Is A Member Of