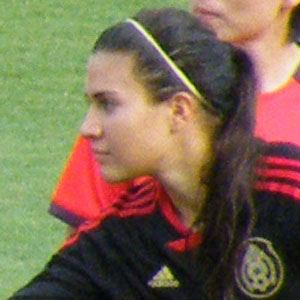 Midfielder who made her senior career debut in 2013 for Sky Blue FC. She was recruited to Sporting de Huelva in 2016.

She was the captain of Mexico's U20 team.

She made her first World Cup appearance in 2011, starting three games for Mexico.

She was born and raised in Monterrey, Mexico, but moved to the United States alone to play soccer.

As a rookie she played for Sky Blue FC alongside Christie Rampone.

Nayeli Rangel Is A Member Of