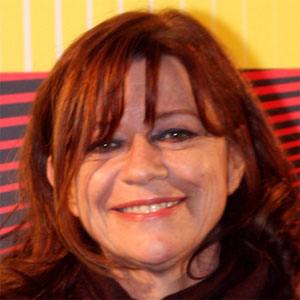 Known for her work with the 1980s Australian new wave group QED and with the late 1970s and early 1980s band The Crocodiles, this New Zealand native is most famous for such Australian Recording Industry Association (ARIA)-chart topping solo albums and singles as Shiver and "She Has to Be Loved."

In her late teens and early twenties, she performed with a band called How's Your Father and with a girl group named Wide Mouthed Frogs. Her debut solo single, "Puberty Blues" (featured in the popular film of the same title), was released in 1981.

After growing up with seven siblings in Tokoroa and Hamilton, New Zealand, she became an Australian citizen and subsequently had a son and a daughter with her photographer husband, Paul Clark.

Several of her Australian and New Zealand Top 100 hits, including "(Beggar on the) Street of Love" and "Self Deceiver," were written by Paul Kelly.

Jenny Morris Is A Member Of