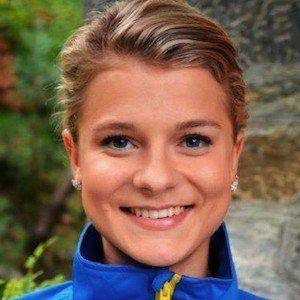 Swedish cross-country mountainbike rider. She is most recognized for winning the gold medal in the under-23 mountainbike race at the World Championships in 2016.

With a passion for the sport early on, she began riding for Scott-Odlo MTB Racing Team. In 2016, she went on to win the gold medal in women's cross country at the Summer Olympics in Rio de Janeiro.

She was awarded the Victoria Scholarship in July of 2017.

She was born and raised in Falun, Sweden.

As an olympic level cyclist, she can be seen among the ranks of other olympic level riders including Nino Schurter and Julien Absalon.

Jenny Rissveds Is A Member Of