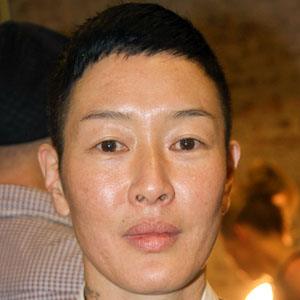 Known for her modeling work for Banana Republic and for her panelist position on Bravo's Make Me a Supermodel program, this Japanese-American fashion model also had an acting career, appearing in the television series Dante's Cove.

She grew up in Santa Maria, California, and spent her early adulthood years working as an auto mechanic. She began her modeling career as the face of Calvin Kelin's CK1 fragrance line.

In 2005, she was featured on the popular reality television series America's Next Top Model.

She claimed to have had romantic liaisons with the pop singer Madonna. In 2005, she married model and television personality Rebecca Loos. Sometime after that relationship ended, she became engaged to Michelle Harper. She and Harper married in 2014.

She shared the screen with Hollywood star Angelina Jolie in the 1996 movie Foxfire.

Jenny Shimizu Is A Member Of