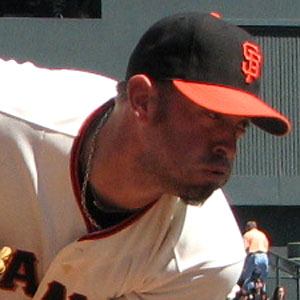 He was drafted after scouts saw him pitch while attending Northwest Christian High School.

He began his career with the Kansas City Royals where he was used mostly as a starting pitcher.

He was born in Phoenix, Arizona. He married Larissa Affeldt in 1999 and he has three sons, Walker, Colt and Logan.

He was joined by Brandon Belt on the Giants in 2011.

Jeremy Affeldt Is A Member Of