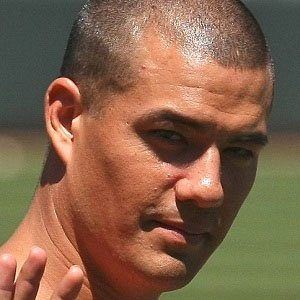 Major league pitcher best known for his time with teams like the Baltimore Orioles and Kansas City Royals. He pitched for Team USA at the 2009 World Baseball Classic and he helped the Royals win the 2014 AL Pennant and the 2015 World Series.

He was a star player at Stanford University, leading the team to a College World Series Final appearance.

He was named Pacific-12 Conference Baseball Pitcher of the Year in 2002.

He married Jenny Williams in 2001.

He became teammates with All-Star Billy Butler in Kansas City.

Jeremy Guthrie Is A Member Of