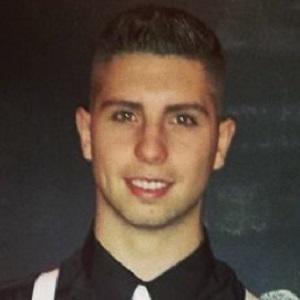 Well known for spot-on impressions and impersonations of various cartoon characters such as Spongebob, Patrick, Squidward, Elmo, Homer Simpson, Scooby Doo, and numerous others, he is most famous for his impression of Mickey Mouse. He has been contacted by Nickelodeon and America's Got Talent multiple times.

He used to work as a realism artist/designer, a street magician, pianist, and dancer. He also had a mean 92 mph fastball that attracted the attention of major league baseball scouts. His baseball dream ended after an injury to his humerus bone while he played on a full scholarship at Monroe Community College.

He has earned over 1.3 million followers on Vine.

He is the only child of Marten and Dawn Olenski. They run a family owned establishment called Mary's Bar and Lounge, named after Jeremy's grandmother. His grandfather, Mitchell Olenski (Jeremy's middle name), was a tackle for the Detroit Lions.

He posted a photo with BigNik and Lance Stewart on his Instagram in March 2014.

Jeremy Olenski Is A Member Of